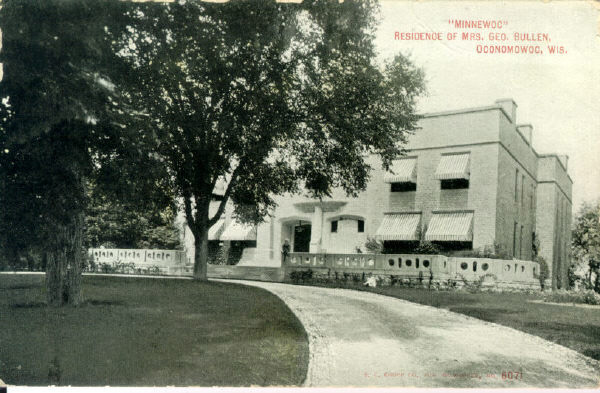 At the end of the 19th century, America already had a long history of beer drinking. By the end of the 1800s, good beer was well established by Midwest families whose names in the industry are yet popular today. Several built their summer homes on Wisconsin’s Oconomowoc Lake near Milwaukee including the Millers, the Schlitz family and the Pabsts where they entertained and enjoyed cool breezes off the water. Brewer George Bullen of the City of Chicago Brewing and Malting Company also chose Oconomowoc Lake to build his summer mansion. Fancying himself a distant relative of British Queen Anne Boleyn, in 1892 he built a replica of Boleyn’s Hever Castle in England. The 16,000-square-foot mansion that is still there today, sits on more than seven acres with 800 feet of land on the water including its own private island. The estate was originally over 100 acres when the Markham family acquired it, having its own stone water tower, guest home, stables, and a proper squash court. It also had a handsome gate house which was given to the Village of Oconomowoc Lake by the Markham family in the 1980’s which is now the Village Hall. At about that same time, the George Markham family reached out to Maureen Stapleton to sell the estate. George was a darling man with sparkling blue eyes who drove a Silver Shadow Rolls Royce.  In the 1920’s he was betrothed to a lovely lady who was of the Pabst family. She was affectionately called “Biddy”. As a wedding gift George wanted to give his Biddy the estate so they could live there happily ever after, which they did, however it was getting to be labor intensive (there was a small golf course on the property as well). Maureen found the appropriate buyer who was thrilled to own such a gorgeous piece of property. He in turn, created several estate sized private parcels with lake frontage.  One of them was sold to Gary and Judy Jorgensen whose company VJS built them a wonderful home with 8 acres and 260 feet of frontage. As life goes full circle, Stapleton Realty is proud to be representing the home for sale at this time.

Please give us a call to inquire about this truly “once in a lifetime” opportunity!